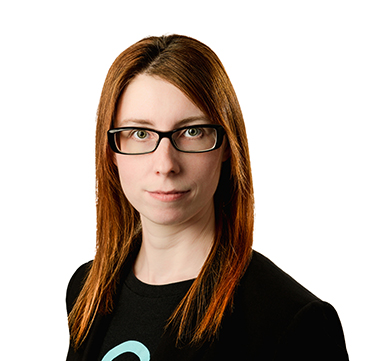 Suzanne Gildert co-founded Sanctuary in 2018 and is our CTO. Before Sanctuary, Suzanne founded Kindred, the world’s first robotics company to use reinforcement learning in a production environment. The acquisition of Kindred by Ocado in November 2020 was the third-largest exit for a robotics company in Canadian history. Prior to Kindred, Suzanne ran technical marketing at D-Wave, where she worked on porting AI algorithms to D-Wave’s quantum annealing hardware. During that time Suzanne invented and implemented MAXCAT, the world’s first game ever played against a quantum computer, worked on the world’s first supervised classifier run on a quantum computer, and was the first person to control the motion of a robot using a quantum computer.

Suzanne holds a Ph.D. in experimental physics from the University of Birmingham. Suzanne is a published digital artist and poet, has worked as a graphic designer, and pioneered a technique for creating art using a quantum computer. She loves painting using acrylic on canvas, mixed media, digital painting, and tapestry. She also creates electronic music, inspired by retro video games and the synthwave genre.